Hit your lucky 7 and 11! This Crabs Table Felt Layout transforms an ordinary table into a real casino crabs table. Crabs game instructions are printed on the back of the casino package, so you're ready to play at your casino night.

Order your Las Vegas party items now easy and fast on the Internet in our online casino shop!

How to Play Crabs:

Players: Any number of people can play. The player throwing the dice is called the Shooter. The dice are passed around the circle of players to the left.

The Game: The Shooter’s first throw of the dice is know as the “Come-out roll”. On the Come-out, if the numbers equal 7 or 11, it is called a “natural” and he wins the bet. If the numbers equal 2, 3, or 12 it is called “Craps” and he loses the bet. If the Shooter rolls a 4, 5, 6, 8, 9 or 10 it becomes the Shooter’s point and the Shooter continues rolling the dice. The Shooter wins if his point appears again before he rolls a 7, but he will lose if a 7 appears first.

While the Shooter is rolling the dice, the other players may bet on or against the Shooter. All bets must be placed before each dice throw-not while the dice are rolling.

These rules are just an overview. There are many other bets and detailed betting strategies for the game. For more information, there are many good books and websites devoted to the subject.

Craps Table Felt Layout details:
- Design Craps layout: Casino design with a silk screen print of an actual craps table.
- Material Craps layout: Made of 100% polyester felt.
- Color Craps layout: Green Crabs felt with texts in three colors: red, white and yellow.
- Thickness Craps layout: Made of a thin felt fabric.
- Measurements Craps layout: The measurements for this Craps felt are approximately 3 ft x 6 ft.
- Minimum age for Craps layout: Intended for adult novelty use only, 21+.
- Use Craps layout: Do not iron, do not bleach, surface washable.
- CAUTION: Please keep away from flame and direct heat sources. For decorative use only. This is not a toy. Keep out of reach of children. Please retain this information for future reference. 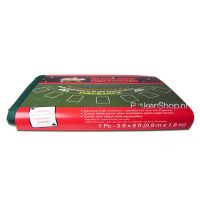 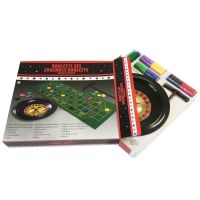 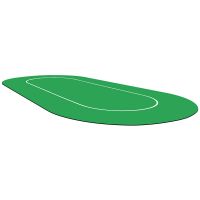 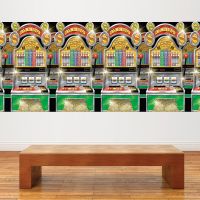